A better button for my Tomu

A while ago I ordered a Tomu. More specific an "original" Tomu. And not only one but 60… but not all of them for myself. ;) Until recently I used my Tomus only sparely. The mayor issue that prevented me so far was that the "button" that has to be pressed at every authorisation was pretty hard to touch. The origin of that problem is that the buttons are just two tiny conductive areas on the board and the case has a fixture right next to it. Often touching it was no issue at all but sometimes it didn't work for the first five times — and even though rare, this was too annoying.

Recently I decided to fix this. I soldered two simpel pins on the button, so now it was enough to touch these to pins, that can even be done blindly. This worked great but there was a new annoyance: when touching it carelessly the pins they pricked. So I used the soldering iron one more time to add to tiny balls of solder on their tips. I'm pretty pleased with the result.

Here is what the result looks like (not pretty but functional): 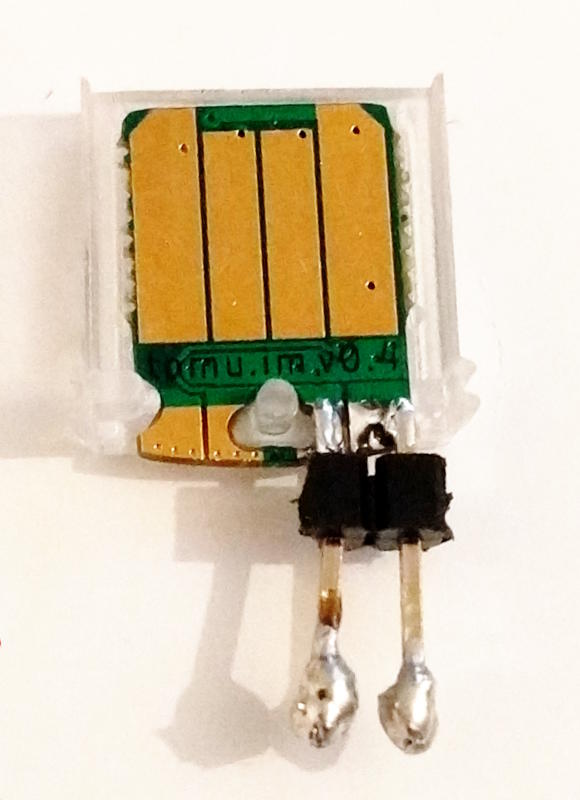 A better button for my Tomu by Michael F. Schönitzer is licensed under a Creative Commons Attribution-ShareAlike 4.0 International License.